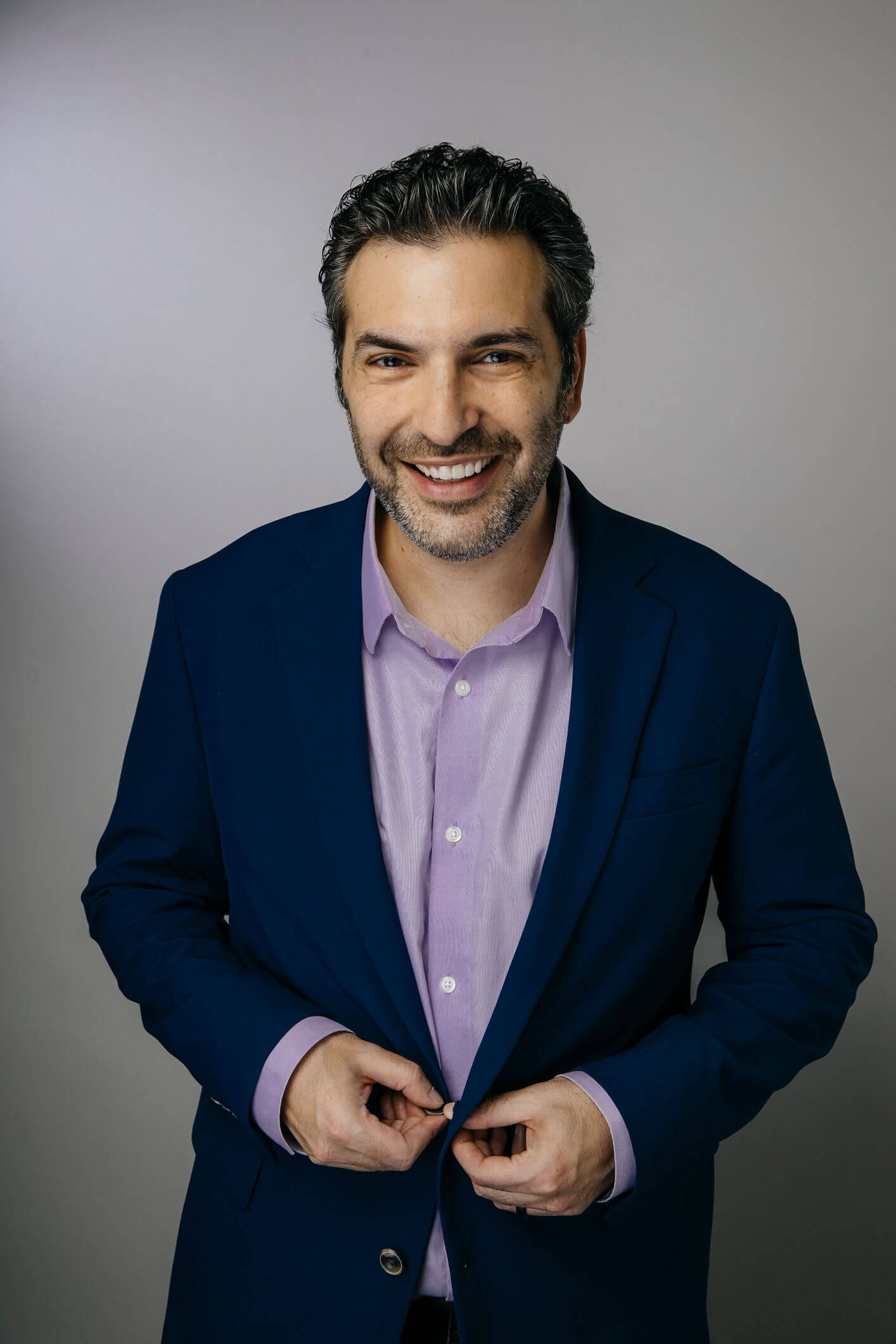 Lex has a track record of getting acquired. Repeatedly. That's why he just announced Lex Friedman Consulting.

He's the author of several humor and technology books, and a host on several different podcasts:

He writes Your Intermittent Lex, a newsletter/blog about business strategy and life hacks, which are basically two sides of the same coin.

I offer growth advising, sales and revenue strategy, executive coaching, sales team training, podcast strategy, and more. I'd love to hear from you to discuss how I could help your company.
I'm grateful that you're here. The other projects I'm currently most excited about include:
I'm now silent on Twitter, but increasingly active on Mastodon.

I grew up in Wyomissing, Pennsylvania. Thanks to Taylor Swift, and Jon (Sans Kate) Gosselin, I am at best the third-most-famous ex-citizen of Wyomissing. My most formative summers were spent at Independent Lake Camp in Orson, Pennsylvania, which went through no fewer than four names during my nine years there.

Once I learned that my parents' Commodore 64 booted up into BASIC if you didn't insert a floppy disk, I quickly became ensconced in computer nerdery. Once my mother had taught me every thing she knew, my parents hired me a programming tutor from the local Radio Shack. I coded on the Commodore, then on our Kaypro, our Apple IIc, and a TRS 80 at school. To find the sleepaway camp mentioned above, my mom tasked a "camp travel agent" with locating somewhere that I could pursue computer programming, movie making, and magic all at the same place.

It was at camp that I first met a Mac. I recall feeling naïvely amazed that I could code for a color screen (provable with the one color Mac in a sea of Mac Plusses) from a black-and-white one. Eventually, my parents asked me (and my sisters) which kind of computer we wanted to get for the house next, and we went with a Mac LC and its spacious 40 MB hard drive.

I convinced my parents to upgrade from AOL in favor of a true ISP in the mid 1990s. To save money on the dial-up connection, I proposed that we should go the "text-only" route, which was a brilliant decision on my part. The economical benefit was fine, but the fact that I'd unknowingly stumbled into UNIX was a big win. I recall patiently teaching my mom how to use Pine, as she copiously copied down all the keystrokes necessary to compose an email onto a pad of paper. My first major USENET obsession was alt.music.weird-al.

We eventually upgraded to the full connection and introduced ourselves to the slow-loading GIFs of the World Wide Web. I built my first websites in the late 90s with a fellow geek; we called our site "AC Online" after my first two initials. ("Lex" is short for "Alexander.") Later, I built a site parodying the best search engine of the day — AltaVista, of course — which was the headquarters of the "Weird Al" Yankovic for President campaign, Al-4-Prez ("Vote early! Vote often! Vote Al!"). I got write ups in all the big Internet magazines of the day, which brought me neither fame nor fortune.

By the time I started at Brandeis University, I'd made the decision that I wasn't going to major in Computer Science. I'd spent years wrestling with computers to force them to do my bidding, and I decided that I wanted a break. Fearing that an English major was too cliché, I instead opted to major in Linguistics and Cognitive Science.

My then-girlfriend Lauren and I were the only two students accepted for a summer internship at a TV movie production company in Santa Monica, California. We drove across the country together, lived together, and interned together at the Brandeis alumnus-led company. We liked southern California — the weather, the sites, the laid-back weirdos, and we liked the entertainment industry, too. We got engaged while still at Brandeis in March of 2002, and shortly after graduation moved out to Los Angeles with another cross-country drive.

I scored an awful job working for an awfuller agent at the Paradigm Literary & Talent Agency, and hated every minute of it. As soon as I could, I abandoned ship to take a menial customer service job at a web hosting company called PowWeb — coincidentally the company I'd used to register and host "thefriedmans.net" earlier that year. What was meant to be a full-time job simply wasn't; I answered all the support requests that came through via email, and it took just two hours of my eight hour day. With all that spare time, I decided to get acquainted with web programming, a field I'd mostly ignored. I dived into Perl, PHP, and MySQL, and started building various tools for PowWeb. But the management at the company really didn't want to pay anything extra for my coding work.

I took a job that more than doubled my salary at a company called eBoz, which aimed to help small business owners better promote their crappy websites. I can't say that we ever really helped any customers all that much, but it was my first full-time programming job, and I learned a ton by necessity. This was where I was introduced to concepts like, say, source control. And dealing with other people's code. I preferred the former to the latter.

On a whim, after spotting a promising ad on Craig's List for a programming job mere minutes from our Culver City condo, I applied for another programming job a couple years later. I was hired as the first full-time PHP developer at Intermix Media, formerly eUniverse, the parent company of MySpace. We were building a social gaming site called Grab.com. The Saturday after I started the job, I got a call at home, asking why I wasn't in the office. I considered quitting, but didn't.

Around this time, I received an alternate job offer through a Brandeis alum connection. The job was mine for the taking, as a writer's assistant on a much-hyped forthcoming NBC sitcom. I would love to write for television, and strongly considered the job (which is often a necessary step to take to get a real seat in the writer's room, but I had two concerns: It would mean a tremendous pay-cut, and I now had a mortgage, and I also thought the show sounded terrible and worried what would happen if the show got the axe before I'd made any writers aware of my copious talents.

The American import of Coupling was cancelled after just four episodes aired. But I definitely wonder if I had a different career path had I taken that gig. That said, my decision to stick with Intermix worked out okay.

After a couple years, Intermix/MySpace was sold to News Corp. I joined a couple former Intermix execs in forming a startup called The Daily Plate, a diet-tracking website. I served as the primary coder and product guy, while the other two founders kept day jobs so that they could pay me. The Daily Plate was far and away the best professional web experience of my career. We made every decision, we iterated constantly, and we built the audience by hand. We'd get unsolicited testimonials from folks who lost 10, 20, or 100 pounds using our tools.

Since The Daily Plate had no office, and since Lauren was pregnant, we decided to move closer to Lauren's family in New Jersey. Here, we could afford a much larger home than we could afford in LA, and we were much more comfortable rearing our child outside of southern California.

Eventually, our former CEO at Intermix formed a new Internet company called Demand Media. One of the other two guys from The Daily Plate took a senior position there, and the CEO suggested I get out of my deal with The Daily Plate and start working for Demand instead. I declined; things were going too well with TDP. Eventually, though, after TDP started growing at a steady clip and seemed pretty stable, I did start working for Demand, remotely from New Jersey. (The company was and is based in Santa Monica.) All three of us from TDP were working at Demand by this point. When Demand began negotiating with Lance Armstrong about the idea of building livestrong.com together, TDP had swelled to more than 500,000 members. We sold The Daily Plate to Demand in January of 2008, and the site continues to power the diet tracking section of Livestrong.com to this day.

I've held a variety of roles at Demand, focusing first on our entertainment sites, and even hosting a weekly video series on humor site Cracked.com. When Demand acquired The Daily Plate, I asked to move to that property so that I could keep taking care of my TDP baby. Eventually, I was asked to help build out Demand's property Answerbag, and more recently moved to Demand's biggest property, eHow.com.

In early 2009, I responded to an ad on Twitter about writing for Macworld. I started out writing freelance reviews for the publication, and now write not only those, but also features, opinion pieces, and occasional news stories. In March of 2011, I finally convinced Macworld to hire me, and I started in April of that year.

In May 2009, a friend and I launched The Snuggie Sutra on a lark; we were as surprised as everyone when St. Martin's Press wanted to turn it into a book.

They say that once you've published one book, it's easier to publish more. I don't know if that's true. But I know that I lucked into publishing Teach Yourself iTunes Match in 10 Minutes (ebook only), Mac Basics for Windows Refugees (also ebook only), and the Dr. Seuss parody The Kid in the Crib.

A few months into the Unprofessional podcast's run, I started booking sponsors for the show and found, to my great surprise, that I was good at it. Another show on Mule Radio asked me to sell its ads, and then Mule asked if I would sell ads across the entire network. Then Macworld and ATP and Boing Boing and dozens of other podcasts asked me to sell their ads, too. My Podlexing business was born.

In mid-2013, I joined forces with The Mid Roll, another podcast advertising network, bringing my shows along for the ride. I now head up sales for The Mid Roll, booking sponsors for the biggest and best podcasts around. I'm as surprised as you are.

The Mid Roll became Midroll and eventually got acquired by EW Scripps. While I was initially hired as the EVP of Sales and Development, I became the Chief Revenue Officer, and eventually the Chief Business Development Officer. My friend Korri Kolesa joined the team as the new CRO.

In February 2019, Korri and I joined ART19 — she as the COO, me as the CRO. This was an exciting move in podcasting: Our focus there was on how you scale podcast advertising, and we came here to skate to where the puck is going in the podcast space. Among other things, we're building out a targeted ad marketplace, so that podcast advertisers can reach exactly the listeners they're after. It was exciting.

I live in New Jersey in a house that's filled with three kids, two cats, and one very ridiculous dog.